Worcester, MA (06/03/2020) — Worcester Polytechnic Institute (WPI) has announced that Mark Bray of Shrewsbury, Mass., a junior with a double major in professional writing and biomedical engineering, has been awarded the 2020 Two Towers Prize.

The Two Towers Prize is awarded to the student who, through general academic competence, campus leadership, regular course work, and special work in research and projects, best exemplifies a combined proficiency in the theoretical and practical union that is at the heart of the WPI educational tradition. This prize was given by Mildred M. Tymeson Petrie, author of Two Towers, WPI's centennial history.

Bray is an exceptional student, in the classroom and in the research labs. He has worked as a volunteer in Professor Glenn Gaudette's lab researching cardiovascular tissue regeneration. He is learning about the science of tissue regeneration but also about the practical problems of providing a scaffold where the new tissue can grow. As a freshman, Mark participated in a biomedical engineering research conference and represented WPI and WPI research exceptionally well.

He completed his Interactive Qualifying Project (IQP) in Albania, working to help the local population better prepare for climate change, including increased heat in Tirana and flooding in Shköder. For a design project in his major, he helped develop an anxiety-reducing addition to an MRI machine.

Bray has been a Resident Advisor and has served as Academic Excellence Chair for the National Society of Black Engineers at WPI. He has been an Engineering Ambassador for WPI's Pre-collegiate Programs, working to inspire middle school students' interest in science and engineering. He has worked at the WPI Helpdesk, assisting members of the WPI community as they overcome challenges with technology. He worked as a tutor in the WPI Writing Center and served as a Hospice Volunteer at the Jewish Healthcare Center here in Worcester. During the current COVID-19 crisis, he was one of the BME undergraduates who volunteered to provide virtual office hours to other undergraduate students.

Bray has an outstanding academic record and has made many contributions to our community, but he has also excelled on the track and field team at WPI. His coaches praised his individual commitment but also his unselfish dedication to the team.

One reference described Bray as "one of the most truly genuine people I have ever met." Another described him as always prepared and "confident, but not arrogant." He is an exceptional leader on campus and in the Worcester community.

WPI, a global leader in project-based learning, is a distinctive, top-tier technological university founded in 1865 on the principle that students learn most effectively by applying the theory learned in the classroom to the practice of solving real-world problems. Recognized by the National Academy of Engineering with the 2016 Bernard M. Gordon Prize for Innovation in Engineering and Technology Education, WPI's pioneering project-based curriculum engages undergraduates in solving important scientific, technological, and societal problems throughout their education and at more than 50 project centers around the world. WPI offers more than 50 bachelor's, master's, and doctoral degree programs across 14 academic departments in science, engineering, technology, business, the social sciences, and the humanities and arts. Its faculty and students pursue groundbreaking research to meet ongoing challenges in health and biotechnology; robotics and the internet of things; advanced materials and manufacturing; cyber, data, and security systems; learning science; and more. www.wpi.edu 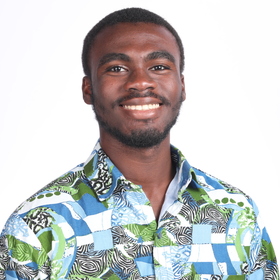